Last year, when the world was going “Oh noes, nakedness and tongue,” I watched Miley Cyrus’s video for “Wrecking Ball” and said, “That’s a hell of a good song.” Apparently I wasn’t the only one, as you can see in our song of the week.

Oh, and I’m so glad to see the Dixie Chicks still rockin’ even after the apocalyptic storm of  hatred dumped on them by conservatives when they had the gall to criticize the worst president this country has ever had.

“Wrecking Ball” by the Dixie Chicks

This week’s ABC Wednesday comes on Friday due to indecision and scheduling conflicts, and I’m combining it with the Song of the Week for efficiency’s sake.

I just completed the video game Batman: Arkham Origins. I’d gone into it with lowered expectations because, unlike the earlier Arkham games, this wasn’t written by the great Paul Dini, and it wasn’t developed by the original outfit, Rocksteady, but by a new developer using Rocksteady’s technical assets. I wasn’t just pleasantly surprised, I was blown away. The writing is probably the best in the games, with a strong storyline and some deeper insight into the characters’ minds; this is a grittier Arkham game (if that’s possible), with a more mature outlook. It operates on a more street-level scale than even Arkham City did, and does wondrous things with a full roster of Batman villains. And it has, by far, the best (and least video-gamey) boss fights in the series.

Most notable was the Joker. Now, for years Mark Hamill has owned this part both in animated and game forms. The fact that he wasn’t doing the vocals here was another point of trepidation. But let me tell you, Troy Baker is a phenomenal new Joker, playing the role with a similar manic energy but imbuing it with a subtle raspy cruelty that, I think, actually suits the character better. This Joker is genuinely creepy, and you get to play through Batman’s very first encounter with him. It’s really astonishing stuff. And if you play, just wait until you get to the Joker’s lair…it’s epic.

So, in celebration of Jokers past and present, I offer up this dark little number for song of the week.

I’ll return next Wednesday with the letter K. I hope you’ll stop by. I’m a writer and I post about a wide variety of non-alphabet-specific topics. Feel free to comment under my posts. If you want to subscribe to the blog, there’s a button in the sidebar.

Also, feel free try to check out my adventure novel Doc Wilde and The Frogs of Doom. It’s been very well reviewed (KIRKUS REVIEWS: “Written in fast-paced, intelligent prose laced with humor and literary allusions ranging from Dante to Dr. Seuss, the story has all of the fun of old-fashioned pulp adventures.”) and is great for action-adventure lovers of all ages.

I was always a huge fan of Veronica Mars. Recently I started re-watching it with Nydia, who’d never seen it. We’re about a third of the way into the second season. Also, today the Veronica Mars movie hit theaters. So what the hell, here’s the theme song from the show as our song of the week.

“We Used To Be Friends” by The Dandy Warhols

…so much younger than today…

Since I referenced this song earlier in my post about depression and suicide, it only makes sense to have it as our Song of the Week. Enjoy.

“HELP!” by the Beatles

A few weeks ago, Nydia and I were watching a KISS concert on video, and we came to the inevitable part when Paul Stanley (in Pete Townsend’s footsteps) smashes an electric guitar to pieces like a sacrifice to the roaring crowd.

Nyd said, “I hate when bands do that.”

And indeed there is. This one, by one of our greatest singer/songwriters… 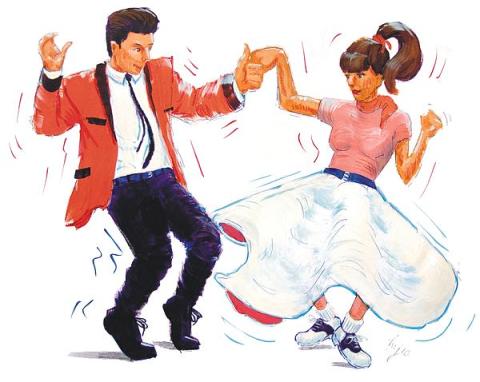 As I write this, it is late enough Thursday night that it’s Friday morning. I had a long, dreary fucking day, the depression kicking my plan to be productive right in the crotch, and I napped quite a bit. I’m not getting enough writing done. I’m not exercising enough. I haven’t finished cleaning the Byrdcave.

But, that’s progress. If I’m not getting enough writing done, that implies I’m getting some writing done. If I’m not exercising enough, that must mean I’m exercising at least some. And if I haven’t finished cleaning the Byrdcave, that would mean that I did start cleaning it. And all that is true, though it’s weak tea for a guy who is really trying to pick his life back up after it was stomped flat by the black dog of depression.

Anyway, lots of napping during the day leads inevitably to being wide awake when it’s so late that it’s early. And I’m feeling pretty good. I started playing God of War: Ascension, which got my blood moving, and now I’m listening to great rock ‘n’ roll, dancing like no one’s watching (I’m actually quite good at that), and singing like no one’s listening (not quite as good, though I won a singing contest in a bar in Spain one time, long ago). Mark Twain would be proud.

What better time to write this week’s Song of the Week post, and to bring you into my private party by sharing one of the songs I’m listening to? Rock on.

“Fun and Games” by The Connells