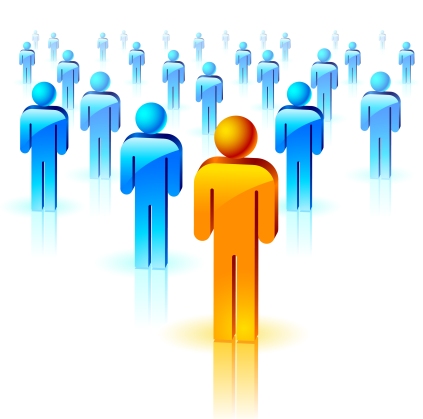 “It was Russia’s fault!”

“It was the Millennials’ fault!”

“It was Bernie’s fault!”

“It was Jill Stein’s fault!”

ME: “It was also because of poor choices by the candidate and her campaign, and because of systemic failures over the years by the Democratic party.”

“Tim, why are you still talking about this? We have to unite against Trump!”

But I am a progressive and I want not just to beat the bad guys, I want to improve the world. I see what has happened to the Democratic party since 1992, since the rise of the corporate-friendly Democratic Leadership Council (funded by, among other big business interests, the freaking Koch brothers) and the Clintons with their “Third Way” politics of embracing right-wing policies in order to court voters on the right rather than on the left. I see how the left lost Congress during Bill Clinton’s terms after controlling it for decades, and through neoliberal policies and bad strategy has steadily lost more and more power ever since. I see how Donald Trump is not just the inevitable result of years of Republican degradation and capitulation to their worst elements, he is also the result of Democrats abandoning their traditional principles and essentially becoming socially liberal Republicans.

And I see how the corruption and cronyism and arrogance of the Democratic party went full-tilt-bozo this election and they ignored all the data and all the signs that they were making bad choices and they lost to the single most unpopular candidate in history, a man who did damn near everything possible to make himself absolutely unelectable. It’s not just a matter of forcing the choice of their own incredibly unpopular candidate on voters from the very start and violating their own regulations to make sure she won, it’s a matter of the strategies chosen after that, like never bothering to campaign in Wisconsin or maligning progressives and Millennials while pursuing Republican crossover votes.

These are things worth talking about. These are things that shouldn’t be ignored, lest we keep making the same mistakes and keep losing elections. Even big money Democratic donors are apparently angry that the party hasn’t pursued an honest postmortem to determine the real reasons for its devastating failures at every level this year. It’s a conversation that they think we should have, and the Democratic party’s frantic finger-pointing everywhere but in the mirror is pissing them off so much they’re saying they’re going to start withholding the cash.

Yet when I post about these things, or even when I praise progressives like Bernie Sanders or Tulsi Gabbard for their current acts of principled leadership, I get called out by some of my liberal friends. They really don’t want the party, or its chosen candidate, to be criticized or to be held accountable for their mistakes, or for the negative impact of their policies. When I criticize Democratic leaders for specific failures — say, Barack Obama’s failure to prosecute Wall Street criminals or his record-breaking deportation of immigrants — I’m accused of being a “purist,” naively wedded to my progressive ideals while in the real world we have to apparently just settle for terrible acts when they’re done by our side. Again, I am accused of being a purist because I want to hold our leaders accountable and encourage them to be better in the future.

Folks, I don’t have a “purity test.” I have standards.

I also get a lot of flack about posting what I’m posting rather than what everyone else is posting. “Why are you talking about Hillary Clinton’s campaigning failures when you should be talking about how Russia hacked our election? Why are you complaining about the Democratic establishment’s complete lack of accountability and myopic defense of the status quo when you should be complaining about Trump because Trump is bad?” Sometimes it boils down to a simpleminded accusation like “You’re criticizing Clinton, you must support Trump.”

Well, no. But thanks for playing.

Even putting aside the fact that I do criticize the terrible orange shitnuke, which I am amazingly able to do even while talking about other things, does anyone really need me, personally, to tell them how shitty Donald Trump is? Is it really vitally important that I replicate what everyone else is saying, that I surrender my voice to the group voice?

Because you know what that is? That’s authoritarian message control. That’s an insistence that we should all not just be working together, we should be marching in lockstep. And you know what? I’m not really a lockstep kind of guy.

On the individual level, I know that some of my friends say these things out of annoyance because they’re sick of seeing some of my posts, and that’s fair. I’m sick of some of their posts, too, but I don’t let that turn personal. They can post what they want to post. They don’t have to cater to my concerns.

And I know that some of them are sincerely concerned that criticism of Democrats at a time like this is counterproductive, that it hurts the party and scatters our energies and will limit our effectiveness in the fights ahead. I’m less sympathetic to that viewpoint because I think the left will only beat the right if it, well, moves left again. And sweeping its failures under the rug of temporary expediency, to be forgotten and later dismissed as “old news,” does not contribute to that happening. Only open eyes and open discussion will help us do what we need to do in order to beat back the forces of darkness.

The most insidious reason that some argue for this messaging lockstep is because they are trying to control the narrative in order to protect the entrenched Powers That Be. They want us to think that Russia’s alleged involvement in revealing to us the reality behind the DNC’s “neutrality,” or James Comey’s nebulous letter a week before the election, brought us to this point. They want us to think that a tiny percentage of disillusioned third-party voters betrayed us, not a party and candidate who ran a contest so badly that those tiny numbers mattered even when they had the gift of a buffoon as an opponent. They want us to think that those who didn’t support their candidate are all misogynists and racists and “deplorables,” not folks with legitimate concerns they no longer trust the Democrats to address, who went for the crazy Hail Mary pass of a Trump or third-party vote because the ‘safer’ option, to them, offered no perceived hope or respite from the trials they face.

They want us to support the narrative that it wasn’t their fault because they want to maintain their power and wealth. And they want us to suppress criticism of the establishment, to push us into lockstep with a consistent message that keeps them from being held accountable, allows them to avoid change, protects them from progressive challenges to their control. This narrative is driven from the top and absorbed by those below, and whatever the personal motives of each person insisting we stick to it might be, they all wind up serving that overarching purpose and acting as a shield against accountability and necessary change.

This isn’t just the case now, with President Trump about to occur. This has been the relationship between the Democratic establishment and progressives for a quarter of a century. Progressives are always expected to fall in line, to accept the malignant fiscal policies, the kowtowing to corporate interests, the diminished concern for working people and the poor, the embrace of war as a defining principle. They’re told they have to march lockstep, to be realists not idealists, to shut up about bad things like draconian trade policies and focus instead on good things like gay weddings. They’re told to shrug off the failures of the Democrats because the Republicans are monsters (and they are) and they have nowhere to go. They’re told not to criticize now, during the election, because they might hurt the nominee, and they’re told not to criticize after the election because that stuff’s in the past. (I had one friend literally say, “It’s been nearly two weeks since the election, why are you still talking about this stuff?” Nearly two weeks.)

And progressives, largely, submit. Because a little good is, undeniably, better than all bad. And they surrender their voices to the group voice, to the narrative that the Democrats are doing as well as they can be expected to do, and we can’t do great things, we can only do little good things here and there as we go, and you gotta be a team player and you gotta stop trying to do more. Because you have nowhere else to go. So sit down and shut the fuck up and vote when we tell you to.

No more. Not for me. This year, my  lifelong progressivism became weaponized because (a) I saw that significant change for the better was actually possible because millions of people are yearning for it and willing to work for it, and (b) I saw how utterly resistant to that change the party I’d always supported truly is. Resistant to the point of total disaster.

I’m on your side. But I’m not your monkey. I will fight for what I believe in, and I will always, always point out the Emperor’s lack of garments whether you want me to or not. You pick your fights, I’ll pick mine, and hopefully along the way we’ll wind up with a party strong enough to take our country back and compassionate and ethical enough to make it something worth having.