One of these days, I intend to write some about my childhood and relationship with my father, how I believe my struggles with depression are rooted there, and how I think I have become a very good father at least partly because I have such a flawed model behind me to veer as far away from as I possibly can.

For now, I just read a column that hit very close to home. It’s by Andrew Vachss, a mystery novelist and lawyer who is also a relentless advocate for abused children.

I’m a lawyer with an unusual specialty. My clients are all children—damaged, hurting children who have been sexually assaulted, physically abused, starved, ignored, abandoned and every other lousy thing one human can do to another. People who know what I do always ask: “What is the worst case you ever handled?” When you’re in a business where a baby who dies early may be the luckiest child in the family, there’s no easy answer. But I have thought about it—I think about it every day. My answer is that, of all the many forms of child abuse, emotional abuse may be the cruelest and longest-lasting of all…

The whole thing is here.

Many moons ago, I was friends with Shane Black (who makes an appearance on the acknowledgments page of my book). He’s the guy who wrote Lethal Weapon and spent a few years wrestling Joe Eszterhas for highest amount ever paid for a screenplay (Shane’s personal best was $4,000,000 for The Long Kiss Goodnight, which was then run through the mediocritizer by director Renny Harlin).

Shane also wrote and directed the INCREDIBLE Kiss Kiss, Bang Bang, which is oceans full of fun, and has great performances by Robert Downey Jr., Val Kilmer, and Michelle Monaghan. 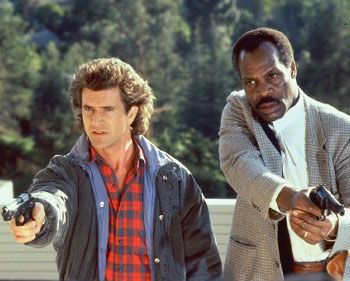 Seriously, we’ll all be better off if you let Tim write the movie.

Shortly after Lethal Weapon 2 was released, I had what I figured was a great idea for a third movie in the series. I wrote a treatment, and Shane took a look. END_OF_DOCUMENT_TOKEN_TO_BE_REPLACED 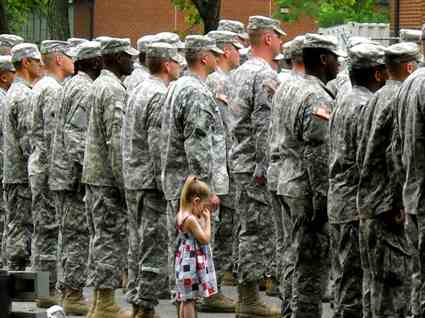 So much so, that when Army Reservist Staff Sgt. Brett Bennethum lined up in formation at his deployment this July, she couldn’t let go.

No one had the heart to pull her away.

I don’t believe in hell. But I sometimes find myself hoping it exists so that George W. Bush can fucking roast for all the children in the world who are growing up without their parents because of him.