This year is already a hell of a lot better. I’m feeling good. I’m in Brazil with my sweetheart. I’m writing. I’m on some antidepressants that seem to actually be working.

For the first time in ages, every week there seems to be something to celebrate.

So, this week, I (and Polly Jean Harvey) are going to share the “Good Fortune”….

If you’ve been with me a while, you know I’m a HUGE fan of singer-songwriter Brandi Carlile. She’s got a new album out called Bear Creek, and, because I am a nice guy, I am sharing one of the songs from it for you to thrill to. 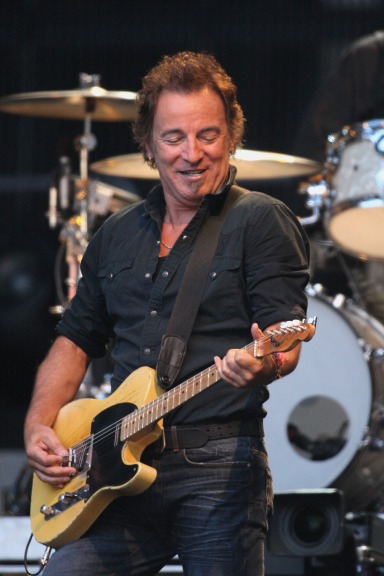 In my post about the Springsteen show last Sunday (on my birthday), I said I was waiting for some decent videos to appear online, and I’d share some when they did. Well, I just dug around a bit in some of the stuff that’s been posted, and nothing I’ve seen so far has really captured the show well enough. I had much better luck the last time I saw him, when some of the smartphone footage posted was good enough to share (here and here).

I did find some good footage from the SXSW show three days earlier, and in order to give you a better sense of what the concerts are like, I’m going to share those, as well as Bruce’s live debut of the song “Wrecking Ball” at Giant’s Stadium, which was about to be torn down (and which is the subject of the song). I’d like to show actual performances from the show I saw, but whatcha gonna do?

After the songs, though, check out the keynote speech Bruce gave at SXSW. It’s brilliant. Funny, engaging, informative, musical, and awesome. If you haven’t seen it, you really, really should. Especially if you’re a musician. Or a writer. 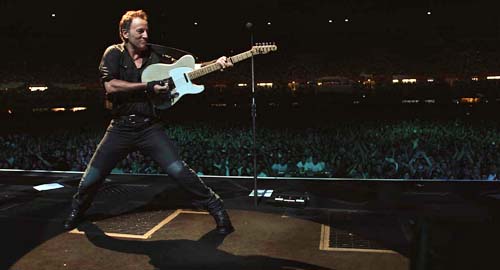 Yesterday was my birthday.

I got to see Bruce Springsteen.

As they say on the netz, your argument is invalid. END_OF_DOCUMENT_TOKEN_TO_BE_REPLACED 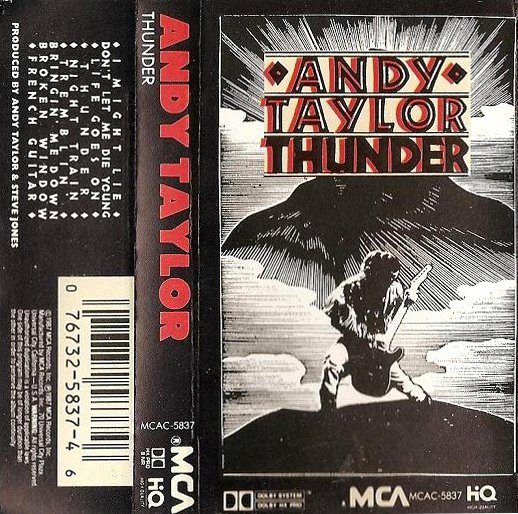 I always wanted to use this tune as background for a balls-to-the-wall fight sequence in a movie.

From 1987,  Duran Duran’s guitarist Andy Taylor (backed up by Steve Jones of the Sex Pistols) shows he can take off the mascara and crank out some actual rock.

Last night, Stevie Nicks’s cover of “Not Fade Away” cycled up on my musical playlist and my son and I were bop-bop-bop bop-bopping around the Byrdcave, having fun. I told him it was a Buddy Holly song, so that sent us looking for Holly tunes, then we expanded out and started listening to some other early rock and roll greats.

It was only after I started playing it that I remembered how I used to sing the Elegants’ “Little Star” to him as a lullaby when he was a baby, probably the only lullaby I ever sang to him other than Springsteen’s “Pony Boy.”

Halloween/Samhain has always been my favorite holiday. To celebrate, here’s Springsteen channeling the raging ghost of Howlin’ Wolf with a perfect Halloween song…

For the interested, here are some posts from back in my blog somewheres related to Halloweeny goodness…

…for those who might like to watch something scary and good, I figured I’d throw you a few bones. Collect ‘em all and you can build a skeleton.

These are just five classics, not my all time favorites or anything with that much thought behind it, not in any particular order. All of them are first rate.

Some more contemporary works that many people haven’t seen, and everybody who loves a good scare needs to.

*And if your day isn’t sunny, you can have some of mine. 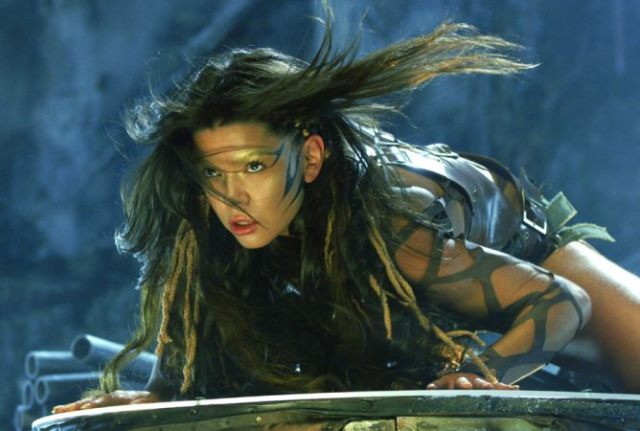 I’ve made a YouTube playlist of most of the Songs of the Week and other music I’ve shared on this blog (89 videos in the list at this writing), and will add new entries as I feature new tunes in the future. Of course you’ll need to find individual posts themselves to see what comments, embarassing overshares, memories, or funny thoughts I originally shared with the various tunes.

The link (which is also in the blog’s sidebar, under “Special Stuff”), is: 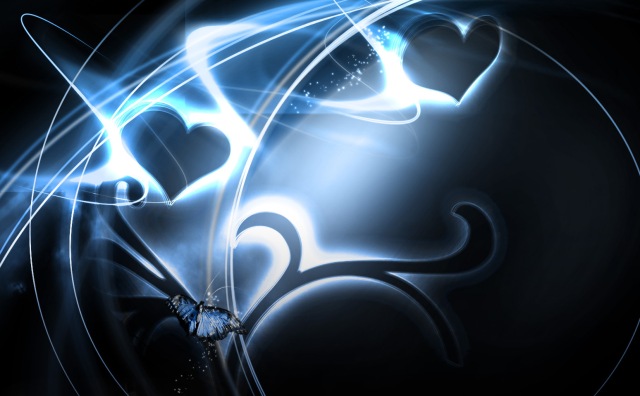 When I’m writing this, I’m up way too early Monday morning. But when it appears on my blog Wednesday morning, I will be at the ZZZZZZZAAAAAAAAAP lab, possibly already riding the lightning.

To commemorate this first session (which I’ll try to blog about afterward), here’s some AC/DC.

An addendum to this morning’s Springsteen post…and an awesome song.

I already blogged about this (with multiple videos), but in April I saw the best concert I’ve ever seen, Bruce Springsteen and the E Street Band at Phillips Arena. This wasn’t my first Springsteen show (and hopefully won’t be the last), but it was the best.

As Jon Stewart said a couple of years ago, “If you like joy, go see Bruce Springsteen.”

I gave him Fleetwood Mac’s Rumours and ELO’s A New World Record. I also put together a two CD package of assorted hits I liked that year, which allowed me to revisit the year I really started getting into music in the first place and rediscover just how many great songs came out then.

I’ve never bothered with American Idol. But Carrie Underwood almost makes me wish I had, at least that season.

Or it should be, anyway.

If you’re not familiar with Michelle Malone, she’s sixteen tons of rock and blues melted down to a scalding boil and poured into a whiskey bottle. She’s a world-class talent I’ve been listening to since the mid-1980s, and a nice lady to boot.

Today’s her birthday. To celebrate, everybody should buy her new album, Debris. It’s an amazing work. Here’s a taste:

And if you likey the blues, you really need to watch this one:

We were standing on the floor, about sixty feet in front of Bruce, and the show was phenomenal. I’ve seen him four times with the E Streeters, once with the Seeger Sessions Band a couple years ago (we actually drove up to Jersey for that one), and once solo acoustic on the Ghost of Tom Joad tour, and there is simply no one who puts on a better show.

Aside from being a volcano of energy and charisma, Bruce gives you a hell of a lot of rock and roll for your money. Back in the day, he would sometimes play over four hours a night (as he did the first time I saw him, on the Tunnel of Love tour), and Sunday he played for right around three hours. That’s with no intermission, too. The man clearly loves his job, and every minute is turbo-charged.

Also, no Springsteen show is ever the same. He changes the set list every night, and you never know what he’s going to play next. This tour, he’s taken this a step further: at one point in the show, he paced around the stage, reaching into the crowd and taking the signs people had made requesting songs, and he played those requests. Not only is the set-list ever-changing, it’s now dynamic. Even Bruce and the band don’t know everything they’re going to play in a show. END_OF_DOCUMENT_TOKEN_TO_BE_REPLACED