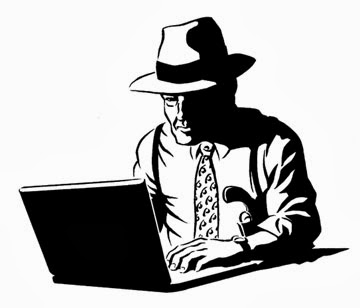 I’ve been reading to Nydia since last year (we began with Robert Devereaux’s excellent Santa Steps Out, which has been mentioned a few times before on this blog), and lately I’ve focused on introducing her to one of my favorite writers, the late great Robert B. Parker (whose strong impact on my life I wrote about here). The trend began with a viewing of Appaloosa, Ed Harris’s awesome film of one of Parker’s Hitch & Cole westerns (both of which I reviewed here), a nearly perfect movie but for a painful, hideous, off-key performance by Renee Zellweger, though everyone else is wonderful and I think the flick has Viggo Mortensen’s best performance. Then I read the sequel, Resolution, out loud to Nyd (it benefitted from exactly no Zellweger).

This naturally led to discussions of Parker’s most famous character, Spenser, who was, of course, a lot better on the page than he was on TV (Robert Urich did a pretty good job with him, but GOOD GOD Joe Mantegna was miscast like a Zellweger in the last telefilms made of Parker’s books). So I read to her the Edgar Award winning Promised Land, the fourth book but the novel in which the key elements that people tend to associate with Spenser (especially his relationship with Susan Silverman and the presence of the menacing-yet-honorable mob enforcer Hawk) really clicked into place. (This was also the book originally adapted for the Spenser: For Hire pilot, I’m sure for the same reasons). She loved it, and I really enjoyed rereading the book many years after I originally read it.

So, in celebration of our Parkerish season, today’s Song of the Week is an unusual choice: the cool sax intro of the show Spenser: For Hire. If you were also a fan of Spenser, Jesse Stone, Hitch & Cole, or any other Parker creations, feel free to comment below.

No one, not even me, ever knew my father’s first name.

Everyone always just referred to him by his last name, in classic tough guy style, and my dad was definitely a tough guy. Yet he was no thug, no bully, but a protector of those that needed protecting. A warrior, as defined by ninja Shihan Jack Hoban is “a man of action, guided by reason, and motivated by love,” and that was my father through and through.

My last name is Byrd. But that wasn’t my father’s last name. His was Spenser. And if you needed help, he was for hire.

Spenser wasn’t my real father, alas. He wasn’t even actually real. He was a character in thirty-nine novels by Boston novelist Robert B. Parker, who died of a heart attack while writing the morning of January 18th, 2010. He was 77.

So why do I claim Spenser as my dad? END_OF_DOCUMENT_TOKEN_TO_BE_REPLACED