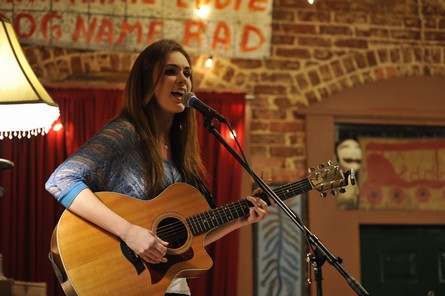 Before we get to the good stuff (and it is very good stuff), I wanted to let everyone know that my “Tim Byrd” account on Facebook has been disabled for some arbitrary, unexplained reason, possibly forever. Apparently they do this sometimes. I’ve sent in a request that they reconsider, but apparently they also take weeks to get back to you at all. So if you are (or were) my friend on Facebook, please feel free to befriend my “Doc Wilde” account which was established to promote my books, but which I’ve never really used. For the foreseeable future I’ll be interacting on there. I miss all my friends. (UPDATE: After nearly three weeks, and repeated requests for action from me, Facebook ultimately enabled my account again, all without having ever actually contacted me, in any way, to explain).

Now, on with the music.

There seems to be something in the water here in beautiful Decatur, GA. The town is a font of musical genius, and acts ranging from the Indigo Girls and Shawn Mullins to Sugarland and the Civil Wars have their roots here. Michelle Malone, who I’ve raved about a few times on the blog in the past, is another wonderful example.

On her way to greatness is Decatur’s Sydney Rhame, who is only thirteen and already a singing, songwriting sensation. This week’s song is her cover of Brett Dennen’s great “Sydney (I’ll Come Runnin’),” which I’m going to post two versions of. The first is a live performance, and I love its vitality and what Sydney does with her voice during the song. The second is a “studio” version, which Sydney made on a Mac using GarageBand, presented in a video she made using iMovie. This second video was shot around Decatur (or “the hood” as some unenlightened folk have called it), and you can see not just the charismatic young singer bouncing around but quite a few views of our great hometown.