Months later than originally announced, artist Gary Chaloner and I are almost ready to release the new improved edition of Doc Wilde and The Frogs of Doom under the banner of Outlaw Moon Books. The book layout and design are done, most of the art is ready, and the remaining art is done and inked with just a bit of toning to finish it up. And it all looks beautiful. Gary has really knocked it out of the park, and I can’t wait to see what he does on the next book. (I’ve shared some of the art, in various stages of completion, in this album on Facebook, but there’s still a lot that no one has seen yet).

For those new to our saga, this novel is the first in an all-ages series of high adventure novels which I initially published with Penguin/Putnam. They contracted me for the first three, with more to follow, and published Frogs of Doom back in 2009. For various reasons I’ve covered at length on this blog, I then opted to negotiate my way out of my contracts, pulling Frogs from print and regaining full rights to all the books, in order to take advantage of the new self-publishing ecosystem to release the books in a nicer format, fully illustrated by Gary, with full creative control.

This new edition of Doc Wilde and The Frogs of Doom is not only gorgeously illustrated by an incredible artist, it contains my “Author’s Cut,” preferred (and expanded) version of the text. It is in every way superior to the first edition, and I’m excited to be able to share the book in the form I originally intended.

I have been helped along the way by a sizable group of angels who supported my Kickstarter nearly a year ago, providing funds to aid us in producing books of a quality not just matching the job Putnam did with the Wildes, but radically improving on it. They have cheerfully and stalwartly remained positive through months of delay and setback, and I’m humbled and grateful and thrilled to finally be able to give them something back.

So, when is the book due? ETA: any time now. And this time, it’s for reals. 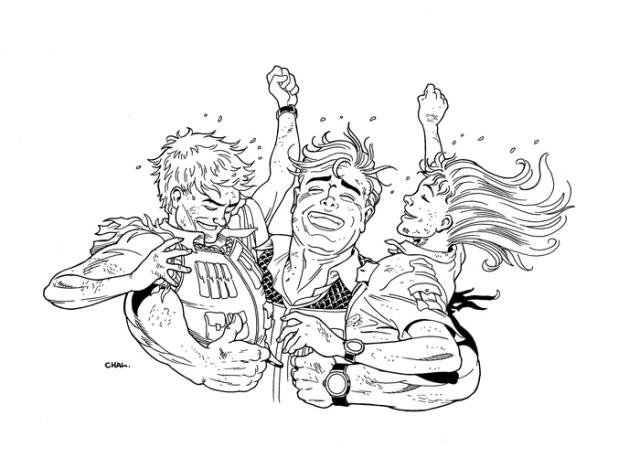 One comment on “The Imminent Return of Doc Wilde”