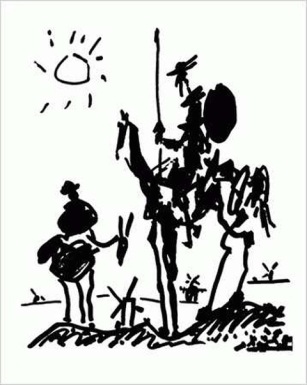 He replied, starting by saying, “I actually expected this comment from you so much that I was going to write it for you right beneath my post.”

I’ve written quite a bit here and elsewhere about my experiences being traditionally published, and my decision to go indie. I’ve posted at length about the flaws in the traditional model and the strengths of the new one. I am absolutely pro-self publishing. But am I anti-traditional publishing?

No. I would say, rather, that I am pro-writer. And a writer’s first responsibility should be to himself and his work. He should choose the path, or paths, that best serve that responsibility, and whatever path he chooses, godspeed.

In the current ecosystem, I do think self publishing is a much more beneficial path for authors to take. Though it is a lot of hard work and there are no guarantees, if you build your audience (which all authors have to do), the potential gains  are much greater than those to be enjoyed via traditional venues. Unless you are one of those very rare writers who gets big advances and actual promotion and support from a traditional publisher, you aren’t even a respected cog in the great machine. Your opinions are of little value, you have little say in the presentation or promotion of your own books (not that they will be promoted), the pay is terrible, and they will drop you in a hummingbird’s heartbeat if you  miss sales goals by even a hair. And they won’t even miss you.

But it doesn’t have to be this way. Publishers can (and should) change their SOP, finding ways to actually nurture the talent on whose backs these companies ride. As I’ve pointed out before, everybody who works on your book gets a good salary and full benefits except you. The writer is Cinderella, scraping the floor clean for her step-sisters in publishing to walk on. But, again, it doesn’t have to be this way.

That may sound anti-traditional, but it’s actually loving critique. I love the book business. My experience with Putnam wasn’t a nightmare, it just wasn’t very satisfying or lucrative. I want the book business, at all levels, to thrive. I just want publishers to start treating writers the way they ought to be treated. Writers are the dream makers, they should at least get a bigger cut of the dream.