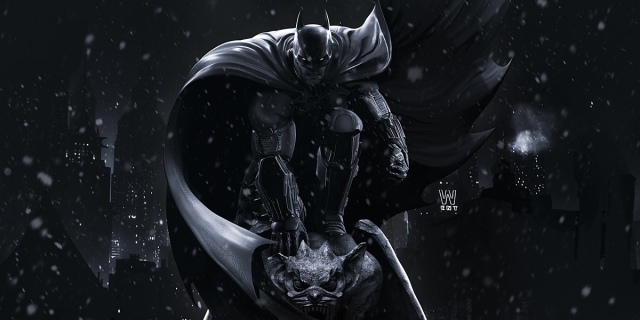 That may seem a cocky statement. I am not the world’s greatest detective. I am not the most accomplished hand-to-hand combatant on the planet. I am not a scientist/inventor with an unending inventory of cool gadgetry to rival that of Doc Savage. I don’t battle the forces of evil night after night wearing an incredibly cool batsuit.

But there’s a deeper truth here. It’s not that I’m projecting some Mary Sue wish onto this comic book character, or that I’m patterning my life in any way after the life of Bruce Wayne (though his money would certainly be welcome). Rather, there are a set of resonances in the character of Batman which, you might say, send me a signal. This has been so since I was a little kid, watching Adam West on television, even though I despised that show, just because nothing else was on. I wanted Batman like he was in the comics. Dark, agile, clever. Drawn by Neal Adams with no laugh track. Not cheesy as hell. And haunted…as I was haunted.

I didn’t consciously realize that last bit then, and not for many years. But Batman and I share something besides blue eyes and square jaws: loss. Terrible, heart-rupturing loss.

Everyone knows about Bruce Wayne’s loss: the gunshots in the alley, the clatter of falling pearls, the bodies on the ground. Fewer know the less operatic tale of my loss: a teenaged mother, riding home from her restaurant job to see her baby, her life crushed out in a high velocity encounter with a careless driver.

For years, I thought I’d recovered from whatever trauma I’d suffered when my mother died. I had been so young, I couldn’t remember her. She was just an ancestor, if a recent one, no more a part of my life, of me, than a great grandmother I’d never known. But that was naive. Over the years, as depression kept me from the life I wanted, I realized that many of the traumas I brought into my life were refractions of the loss. Somewhere deep inside me was that small child, screaming over my mother’s body. Is it any wonder I found it easy to identify with Batman?

I had no Alfred in my life to raise me, to look after me. My father was a half-step away from cotton mill white trash, and a mean ass drunk. Over the years, he brought in two stepmothers, both cruel. He and they weren’t my family, they were my rogues gallery, the sideshow villains who plotted my destruction in nefariously neurotic ways. Batman’s villains are archetypal, each reflecting something within. The Joker is his mania, his enjoyment of the pain he brings to bear. The Riddler is his compulsion for mental challenge, Bane and Killer Croc his drive for physical dominance. The Scarecrow is his fear and despair. And Catwoman is his playfulness and his libido, trying to break into (or, rather, out of) the adamantine safe that is his heart.

Batman — Bruce Wayne — is the sort of man I strive to be: a successful man, a productive man, a noble man. A man who helps. A man who uses his anger and pain and loss not to hide or lash out at the world, but to fight the darkness (within and without) and keep it at bay. You may really love the Dark Knight, and thrill to his adventures, as millions do. But I’ve lived his dark night, I’ve fought its overwhelming darkness. 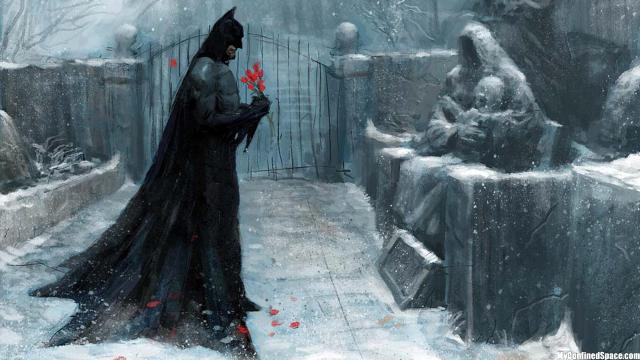 I’ll return next Wednesday with the letter C. I hope you’ll stop by. I’m a writer and I post about a wide variety of non-alphabet-specific topics. Feel free to comment under my posts. If you want to subscribe to the blog, there’s a button in the sidebar.