I reported a while back that my old friend Shane Black (writer of Lethal Weapon among other things) was scripting a Doc Savage movie. As many of the folks who’d care most about this sort of thing likely already know, it was recently confirmed that not only is Shane writing the screenplay (along with Anthony Bagarozzi and Chuck Mondry), he will be directing the film as well. Anyone who has seen Shane’s directorial debut, Kiss Kiss Bang Bang, will know how exciting this news really is.

With Sam Raimi working on The Shadow, it’s looking very promising for pulp adventure in the near future. Now all we need is a Bruce Timm adaptation of Doc Wilde and the world will truly be on the right track.

In related news, DC Comics just released the first issue of their First Wave series, in which they establish an alternate world, outside the normal DC universe, in which pulp heroes operate, and no one has super-powers. The greatest of the heroes in this world is, of course, Doc Savage. 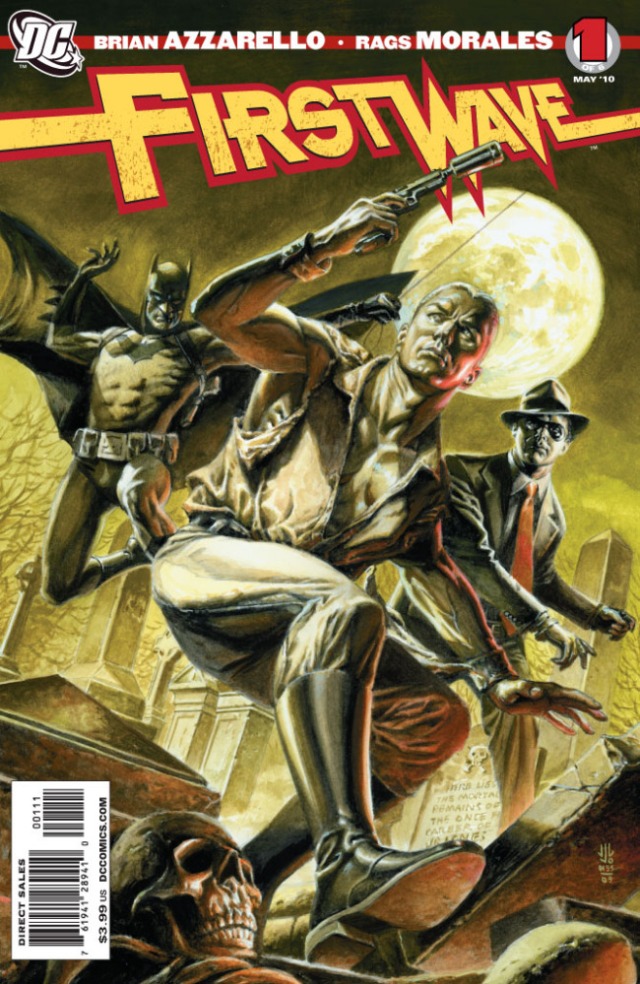 The First Wave series actually began last year with the one-shot Batman/Doc Savage special I reviewed in November. I was underwhelmed, but still hopeful that the actual series would be good.

Well, I just read First Wave #1, and it’s awesome pulp and awesome comics. Brian Azzarello’s writing and treatment of these classic characters honors their roots while at the same time deepening their emotional lives and rooting them realistically into the world. And artist Rags Morales brings the cast to vivid life with a style that’s both realistic and somewhat cartoony, befitting the pulp nature of the work. My only beef with the book is that Doc Savage’s hair color and complexion are still off, though not as badly as they were in the Batman team-up book.