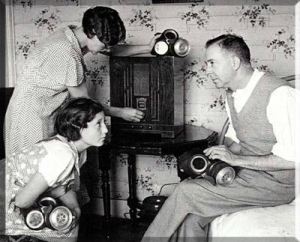 This coming Friday, April 17th, I will be on the Internet radio show Alpha Waves talking about pulp fiction and Doc Wilde:

You’ve been to Airlock Alpha, the best science-fiction news Web site on the Internet. Now listen to the online radio show that comes with it, featuring hosts Wayne Hall and Nick Chase along with great guests from all over science-fiction. Alpha Waves airs every Friday at 8 p.m. ET/5 p.m. PT on BlogTalkRadio!

The theme of the evening is pulp, and other guests will be Erik Mona of Planet Stories (a publisher of classic science fiction and pulp), and writer Gareth Michael Skarka, whose love of pulp fiction resulted in the roleplaying games Thrilling Tales and Mars (which recreates old-fashioned sword & planet adventures ala Edgar Rice Burroughs’s John Carter of Mars tales), as well as the pulp anthology also called Thrilling Tales (which features a new adventure of classic serial hero Commando Cody, precursor to The Rocketeer). Gareth’s also a friend.

So if you want to listen and see if I can actually converse in an intelligent manner, remember: Friday, April 17th, 8 pm EST, at this link. [NOTE: As I write this, the listing on their site has me as “Tim Boyd.” But really, honest, it’s supposed to be me, Tim Byrd. I’m only known as Tim Boyd in Brooklyn. I’ve emailed them to let ’em know.]