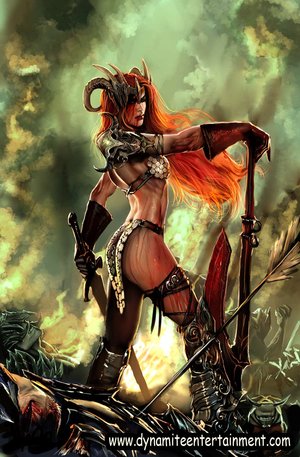 Back in the day, I worked in the roleplaying game industry.

I’m not talking rpg video games, like World of Warcraft or Oblivion (more’s the pity, because the money would have been way better). No, I’m talking good old fashioned face-to-face, throwin’ dice, drinkin’ root beer and eatin’ Doritos roleplaying games. I got into them when I was a young teen, starting with the original Dungeons & Dragons and moving on to many others like Champions, Traveller, and Daredevils. In my twenties, here and there I’d manage to get some short-lived game together, a little James Bond or Ghostbusters here, a little Paranoia or Justice Inc there.

Then I happened across White Wolf’s Werewolf: The Apocalypse one day (in which players assume the roles of lycanthropic ecoterrorists fighting demonic corporate forces to save the wilderness and the Earth itself). Werewolves have always been my favorite monster, I’m a devoted environmentalist, and the game is steeped in animistic spirituality which is my soul’s cup of tea…conceptually, it was a perfect storm for me. That led to scattered White Wolf gaming, which in time led to me actually working at the company. Which led to a bit of other rpg work, most notably for Feng Shui and its stillborn spinoff Pulp! (none of that work saw print, unfortunately, as Daedelus Games collapsed, though I did put some of it online…by the way, any Feng Shui players out there still have copies of my stuff? I lost it all in a hard drive crash).

These games get a bad rap from some people, and D & D is often cultural code for loser. But the fact of the matter is that many people who sneer at roleplayers spend their time watching crap like Desperate Housewives or American Idol, deadening their brains while the gamers hang out together and engage in an activity that has its roots in campfire storytelling and improv theater, an activity that’s inherently social and that exercises the mind.

But I digress. A few years ago, I managed to run a game for a group of friends who managed, more often than not, for a while, to actually get together regularly to play. The game was Shane Hensley’s great Savage Worlds. Ultimately, unfortunately, it’s really tough to keep a game going over time because people are, in groups, pretty unreliable, and entropy sets in till things just unravel.

One of the things I did, as things were unraveling, was to try to establish “pick up games” outside the continuing narrative of the main game, that we could play if someone in the group didn’t show up. That way, we’d still be playing something, the group would hold steady in its routine, and we could restart the main game “next” time…

For the pickup games, I decided to run short sword & sorcery adventures, focusing mainly on mood and action (as opposed to an involved narrative and character development), and in the spirit of Savage Worlds  I called them “Savage Tales.” And I wrote a short handbook describing the setting and telling the players how to design their characters for it.

Before the game evaporated for good, I think we actually played one such pickup game. Or maybe we just had an evening where we hung out and did the character creation. I can’t remember for sure. But I always liked the little handbook I put together, and the commentary within on the difference between epic fantasy (like Tolkien’s Lord of the Rings) and sword & sorcery (like Robert E. Howard’s Conan or Fritz Leiber’s Fafhrd and the Grey Mouser):

If everyone can’t make it, we go to Europia. There, things are gonna be less epic saga, more survival skirmish. Conan could become a king in Europia, but Tolkien’d have his pipe crushed under some furred boot and be set to work the rest of his short life digging stones from cold earth.

There are no hobbity folk in Europia because they were eaten by snake-men aeons ago. The elves are mysterious and dark, and if you see one, it usually changes your life forever. The dwarves may exist or not, but grandpa says they eat human flesh. And the closest thing to an orc you’ve ever seen is that big ugly fucker down the bar you saw sodomizing an unconscious guardsman the other night…

Here’s the booklet. You might get a kick out of it. If you’re a gamer, you might even find something useful in it. But here it is.