When I do count the clock that tells the time,
And see the brave day sunk in hideous night…

As far as I’m concerned, that’s William Shakespeare describing my 2013. For me, the year was a dark shawl of despair, laced with tiny threads of joy.

On the bright side of the equation, Gary Chaloner and I finally managed to release our deluxe, expanded, fully-illustrated edition of my adventure novel Doc Wilde and The Frogs of Doom. If you’re new to our tale, I was originally contracted for three Doc Wilde books by Penguin/Putnam, with plans for the series to continue after those. They published Frogs in hardback in 2009, but I was disappointed  in various ways with the book and the publication process which produced it. During that time, I was watching the developments in self publishing with great interest, and I decided to regain the rights to my books and go indie. With the much appreciated help of a company of Kickstarter heroes, Gary and I started a process that was tougher and took more time than anticipated, but finally paid off with a gorgeous new book (written for all ages, available in both trade paperback and ebook; the hardback edition is still out there, mostly in used copies, but remember it’s nowhere near as nice a book as the new version).

Finally holding the deluxe Frogs of Doom was a relief and a delight. But dark times were coming for Doc Wilde, much more harrowing than any fight with world-threatening amphibians could ever be.

First, Gary Chaloner made the tough decision to resign as artist for the series. Working on Frogs had proved a hardship for him schedule-wise and he recognized that things were only going to get worse as he tried to balance his workload of other projects. To his incredible credit, and my even greater appreciation as both a fellow professional and a friend, he had finished the first book as he’d promised and, you might say, sort of spoiled me. As I hired a new artist for the second book, I expected a similar level of professionalism, and I paid what is for me some big bucks in advance to get it. Alas, I did not.

Hiring artist Tess Fowler was an enormous mistake. (The full craptastic tale can be read at this blog post).

Waiting for art that was just delayed and delayed and delayed only contributed to the weight of the depression I suffer, which was already rolling in like a tsunami on a night without stars, and the ultimate conflict with Tess Fowler when she produced nothing for the money she’d taken as a professional artist deepened my despair. I made repeated attempts to allow Tess to get back to work and live up to her promises, and she ignored every one of them.

So I lost a great deal of money and the second Doc Wilde book was delayed, probably for a year or more.

Don’t get me wrong, the deepening depression wasn’t Tess’s fault. It’s been a chronic problem for years and, though influenced by stressful emotional events, is mostly a matter of fucked up brain chemistry. I’ve been through years of therapy, various cocktails of medication, and even a round of ECT (electroconvulsive therapy, aka “electroshock”) which proved more successful than anything else, and wasn’t as bad as you probably think, Jack Nicholson’s Oscar-winning performance notwithstanding.

I struggled with Churchill’s Black Dog all year, but in the latter third of it found myself so crushed under its claws I could barely function. My saving grace is that I always maintain a (perhaps ridiculous) optimism and my sense of humor, so even when dirty dishes rose and my artist flew the coop I could still laugh and joke. I could also finally acknowledge, and fully embrace, the fact that I needed help or I was just going to deteriorate more and more. I called my ex-shrink and she said, “You need to do ECT again.” So I did, a process lasting roughly two months in which, twice a week, I let them knock me out and send lightning through my brain. I also started therapy with a new therapist and went on a new mix of antidepressants.

Thus, by year’s end, though I was still disappointed in Tess’s failure to produce anything for my money, my energy and motivation and focus were much better. Daily stuff became much easier, exercise was once again doable, and I could laugh off my anger with a lesson-learned c‘est la vie.

So, a rough year on several fronts. But, again, laced with those threads of joy. My book coming out, loaded with incredible Gary Chaloner illustrations, and its rave reception by readers and reviewers. My friends, including many distant folk on Facebook, who supported me and my work with compassion and enthusiasm. My son, in his final year of high school, ever a source of warmth and love and pride. And…

I have spent this year falling deeper and deeper in love with this remarkable woman. Smart, funny, sexy as hell, playful, bookish, creative, and amazingly in sync with my amusements and enjoyments.

Though we live on different continents — hell, in different hemispheres — we buck the usual dynamics of long-distance relationships (which I was ABSOLUTELY NEVER going to bother with again) by being in nearly constant contact with each other during the day, having regular virtual dates via Skype in which we watch movies and TV shows together, and playing online games like Guild Wars 2. Additionally, for now, we have two epic dates during the year, sharing our summers, with me spending several weeks in Brazil after the start of the year (I’m here now, enjoying various sorts of tropical heat; thanks again to my son and the two friends who are watching my place while I’m away) and her coming to Decatur for several weeks in the middle of the year. During those weeks, we are together nearly every minute of every day, so I suspect we spend a good deal more “quality time” with each other every year than most couples who live closer to or even with one another. And we enjoy every bit of it, never tiring of each other’s company, playing and laughing and having fun. We’re like kids together, in the best ways.

And Nyd helps me keep my perspective. Little things that once would have gnawed at me are somehow easier to let go of simply because she’s in my life. And she’s ever ready to snark and laugh and play, the two of us spitting in the Black Dog’s face, which is exactly the sort of nurturance my broken-yet-cheerfully-sardonic psyche needs.

I’m determined to make 2014 a more enjoyable, more productive, less abysmal, and brighter year than its predecessor. So far, so good. 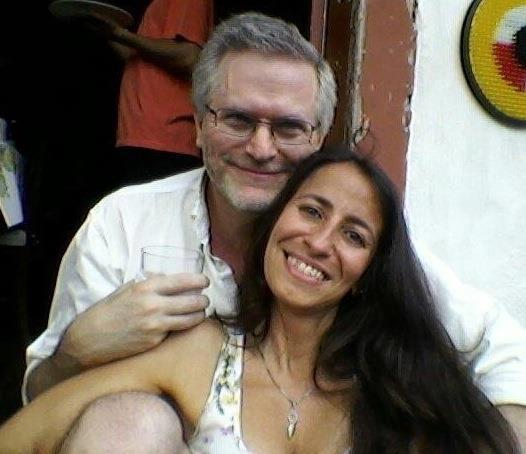 4 comments on “Counting The Clock That Tells The Time”