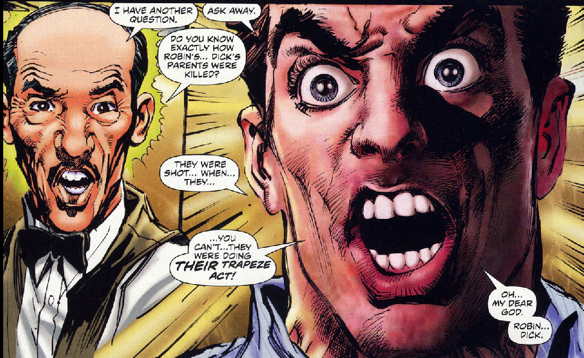 Today, Editor-in-Chief Laura Hudson and contributor David Wolkin sit down and attempt the nigh-impossible task of figuring out exactly what happens in Odyssey, a book that has both challenged and redefined our notions of Batman, comics, and our tenuous grasp on sanity…

Neal Adams is one of the all-time great comic book artists, the man who truly defined the cool modern Batman. For many years as a kid, I had a huge poster of this Adams image on my wall: 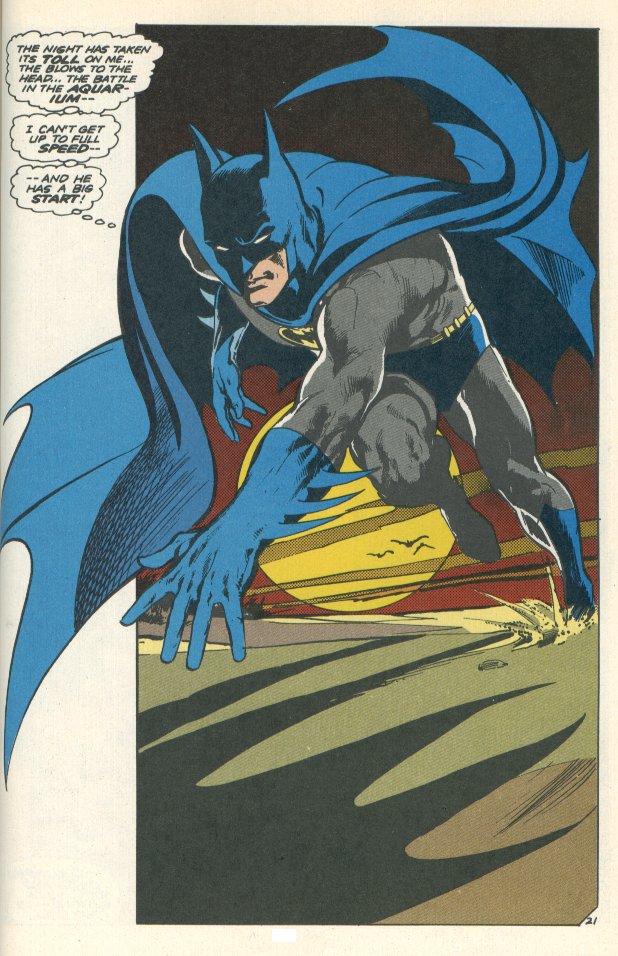 Unfortunately, as is sometimes the case in comic publishing, someone at DC thought, “Hey, the man can draw, I bet that means he can write too!” Because after all, writing is easy, right? And they gave Neal no telling how much money to do a twelve issue epic series about Batman. The result seems to be one of the most completely batshit crazy comic book stories in history.

You need to read the review. Honestly. I laughed till I couldn’t breathe while I read it. I had to take breaks so I wouldn’t asphyxiate myself. It’s comedy gold, and I say that as someone who hasn’t even seen the comic book in question.

Deconstructing the Complete and Utter Insanity of Batman: Odyssey

2 comments on “Laughing My Ass Off: A Hilarious Review of a WTF Batman Story”