"It's just the beast in me..." --Elvis Presley, JAILHOUSE ROCK

The past couple of days were rough ones. Kate and I were getting along wonderfully again, then POW, we stumbled over some truly picayune stuff and suddenly were back in the stress zone.

Neither of us acted as well as we might have, both of us being human, but I have to lay claim to the lion’s share of the blame. I overreacted to some things, then my mind wouldn’t let me release it even as I kept trying to. Kate was visiting her family, and wanting to go be with them, and we were arguing via text. I kept saying stuff like “It’s okay, go, I want you to enjoy the time with your family,” and I was sincere…but there was a rhetorical snapping turtle in my head that would only let me sit calmly a minute or two before throwing some new antagonistic comment out and insisting I send it her way. And I would try to maintain self control and not send it, but would lose the fight. Then after some more shared friction, I’d be back to saying I didn’t want to keep her from her family.

And, I wound up damn near destroying our relationship, which we’d managed to rebuild from our earlier problems. By the time I went on “hiatus,” I felt I’d lost all hope, and was so devastated I didn’t think I’d be able to do anything positive or productive for a long time…if ever again. END_OF_DOCUMENT_TOKEN_TO_BE_REPLACED 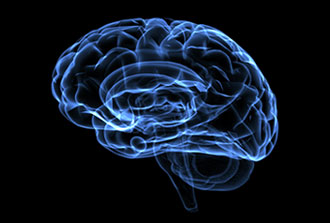 It wasn’t nearly as harrowing as I expected.

They had me fill out some forms (“I agree that if my cerebellum sizzles like a frying egg, I absolve the cook from all responsibility…”). They encouraged me to empty my bladder, and recommended I put on a Depends diaper because sometimes people wet themselves when they’re on the muscle relaxants. I opted for no diaper. I’d expected to have to don a gown, but they let me keep my clothes on. END_OF_DOCUMENT_TOKEN_TO_BE_REPLACED