I’ve always liked Jackson Pollock’s work, but it wasn’t until I saw one of his pieces in person at MOMA a few years ago that I realized how electrically alive his paintings really are. It was, I thought, like looking into a human brain and seeing the crazy branched lightning of synapses firing.

The image below, created by the Baryon Oscillation Spectroscopic Survey (BOSS), is a flattened representation of a 3D map showing 650 cubic billion light years, just a quarter of the known universe. Each speck isn’t a single star but an entire galaxy. Peering into it, I now realize that Pollock was painting more than just the mind. He was painting reality itself, the myriad blaze of infinite suns, as well as the swirling quantum dance deep within. 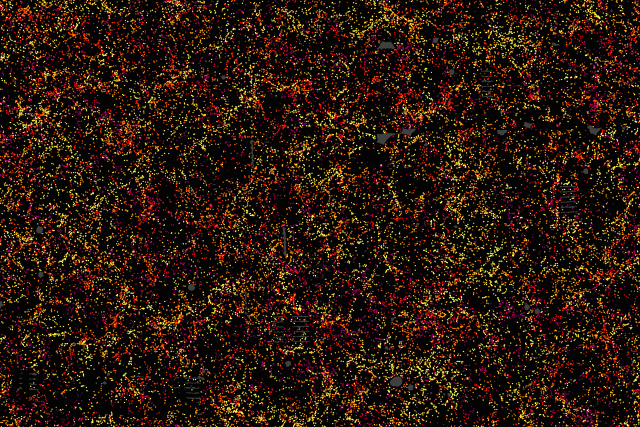