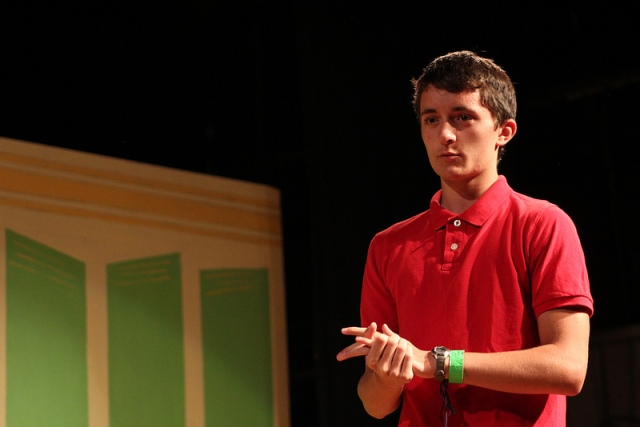 It is Father’s Day, yet I do not honor my father.

My father was an abusive drunk who put me through years of hell and regularly did everything he could to crush my spirit. He did a hell of a lot of damage in that regard; I’ve struggled for years with chronic, enervating, soul-crushing depression that several shrinks have identified as deep post-traumatic shock pounded into my marrow and mind during my childhood.

So today, I honor my son.

Nathaniel is seventeen, intelligent, kind, thoughtful, socially adept and funny, loves his parents, loves being around his parents, and has never been a behavioral problem in any way. When people ask us how we discipline him, we always say we don’t. If there’s an issue, we talk it out, and it’s no longer an issue.

I attribute this mostly to his innate character, but also to the fact that from the day he was born, both his parents have treated him with respect and have never seen dealing with him as an innate conflict or power struggle. He is the way he is because we allowed him to be the way he is, not because we beat it into him or forced him to act certain ways or made him follow stringent rules. We always honored his right to be acknowledged, to be present, to be heard. We pointed out when he was in the wrong, but also stood up for him when he was in the right.

We gave him love and respect at every step along the way, and as a result, he has given us love and respect in return. He doesn’t have to rebel because we’re not holding him back from being who he is and living life on his terms, and because we trust him, which lets him know that he is worthy of our trust.

Because of who he is, and how he was raised, my son didn’t have to bother with being a surly teen. He went straight to being a man.