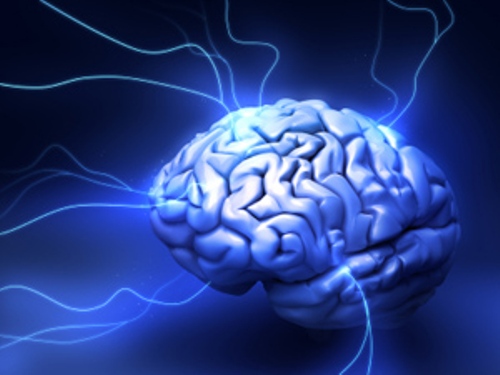 I’ve struggled greatly, for years, with chronic, terrible depression, and I’ve done therapy and all sorts of self help and multifarious concoctions of antidepressant meds, but nothing actually worked to any significant degree. I finally got desperate and started looking into electroshock, or as it’s known these days, electroconvulsive therapy (ECT).

During my research, I had the incredible misfortune of finding out about a newer, kinder and gentler, sort of brain zapping using magnets. This is called transcranial magnetic stimulation (TMS), and it was allegedly less traumatic and in general a lot easier than ECT. The problem was, it was still expensive, and unlike ECT, which has been an accepted and effective treatment for years, it wasn’t covered by insurance.

But I was assured by the shrink offering the treatment (Dr. Brian Teliho in Atlanta) that I had a good 80% chance or so of getting at least most of my expenses reimbursed, so I decided to take the chance. I went through a several weeks long course of treatment and spent $9000. It was the worst money I’ve ever spent. I got no benefits from the process whatsoever, the good doctor did absolutely no follow-up with me, and, naturally, my insurance flat out refused to pay anything at all back.

This made me even more depressed. (If you’re curious about TMS, please check out my post about the experience in which I went into a lot more detail).

Electroshock seemed inevitable. But I put it off until I had my heart absolutely shattered by someone I loved and then figured “What the fuck?”

I blogged about the whole experience at length last year (you can find the posts among those listed in the “Depression” topic in the sidebar). I saw definite benefits, and few downsides, though it did seem to temporarily throw my emotional self control to the winds, which had unfortunate fallout in my personal life. But afterward, I became a much better me, almost a younger me, but more focused and capable than I ever actually had been when I was younger.

Most of that has unfortunately worn off, and I’m back to the old struggle. But in at least two ways I still benefit enough to be happy I did it. The first is that the insomnia I had been suffering for months, which was just getting worse and worse (I’d go weeks at a time on three or four hours of sleep a night), went away and has not returned. This alone is worth the money (which, thanks to insurance, was a hell of a lot less than I wasted on TMS) because the lack of good sleep was making me very unhealthy and driving me crazy.

The second is that the migraines I’d suffered for years, often two or three times a month, have mostly fled as well. I have had a headache here or there, bad enough to consider a migraine, which lasted two to four days…but they haven’t been as agonizing as those I had been having.

Also, in memory, the weeks I spent going in, several times a week, to be stabbed with IV’s, rolled around on a gurney, and brain-blasted with electricity, seem almost like a vacation. It was a regimen of hope, time spent trying to swim up from the darkness. It was a nurturing ritual, when in my life I overall have no one to nurture me. And the repeated temporary death of anesthesia brought a certain peace to my soul…

One comment on “Good Memories of 2011, Day 1: Electroshock Therapy”