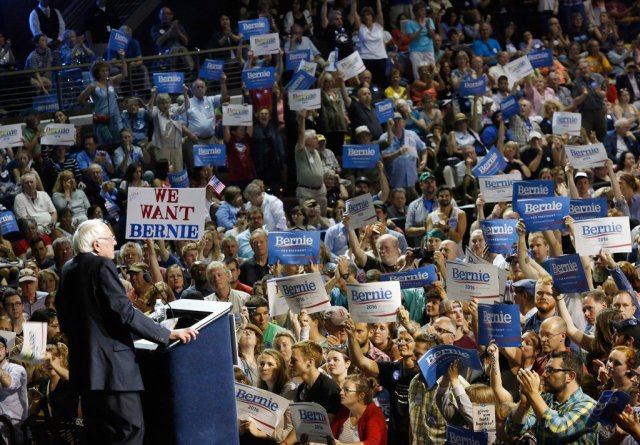 I could write some stuff about the current state of the presidential race, and I no doubt will soon. But for now, I just want to show a couple of new ads from the two Democratic candidates. They should both like that since they, naturally, want as many people to see them as possible.

Well, all right then. Going negative, misrepresenting the scope of your opponent’s views and goals, and…attacking him for his impassioned attacks on Wall Street? That’s a good tack to take in post-Bush, post-economic-crash America.

Now this ad is really about Bernie’s single issue: us.

This is what the two campaigns want from us. Hillary wants us to not like Bernie, to avoid thinking we need to do all that much about Wall Street, and, well, to stop liking Bernie, pleeeease…

Bernie wants us to come together as a family, to look out for each other, and to together make this country what it’s supposed to be.

Right here we see the “pragmatic” approach of doing anything necessary (including trashing your opponent) to advance your personal career goals versus the “idealistic” approach of appealing to people’s better angels to bring us together to do the work to make an actual difference in the world.

I know which side I’m on.