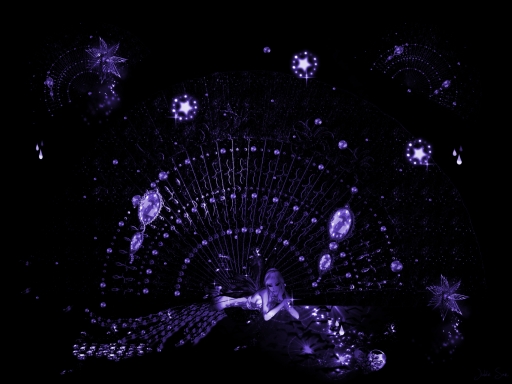 Everyone is all abuzz about the asteroid flyby and the meteorite strike in Russia this week, and it was quite spectacular, and scary. Some of the video footage from Russia is amazing; watching the fireball appear in the sky through someone’s windshield, burning closer and closer, I couldn’t help but think what a pants-shitting moment that had to be.

It also made me remember my own close encounter with a meteor, many years ago. I survived, just as I survived the time I was struck by lightning, though the meteor was both a lot less dramatic and a lot cooler.

I was a teenager, visiting my maternal grandparents in a backward crack in the world called Valle Mines, Missouri. They lived in a farmhouse off a rural highway with a fair chunk of land, much of it thickly forested. The forest, of course, was the good part, especially to a kid who’d retreated to the woods most of his life as an escape from a horrible life at home. The bad part was the isolation from culture, and the lack of things to do. Nowadays, they probably have a big Teabagger dance or something to pass the time.

Anyway, late one dark country night, I was out back, and for some reason I was standing on my grandparents’ picnic table. The only light was from the windows of the house, and the sky was clear. Suddenly, I saw a thin streak of fire lancing toward me. It passed about ten feet over my head, sputtering into sparks as it fully disintegrated about twenty feet away, just short of the woods. A shard of space rock crumbling to fairy dust before my eyes.

Another cosmic encounter also comes to mind. Back in 1997, Comet Hale-Bopp streaked slowly cross earth’s skies, incredibly bright and visible to the naked eye for a record 18 months. Living in town, it was tough to see because of the light pollution, but I had a wonderful visit with it one cold spring night.

We took my son, Nathaniel, who was just under a year old, on his first camping trip, to Lake Conasauga, the highest lake in Georgia, on Grassy Mountain in the Chattahoochee Forest. It was chilly, but he enjoyed the woods and the lakeshore. Our late great akita, Travis, played with us, and charged through the woods like a white rocket. Towards dusk, we retreated to our tent and snuggled in, and Nathaniel was happy. Happy until night fell, that is, and with it, the temperature.

It was like a switch was thrown. The sun disappeared and suddenly it was below freezing. And Nathaniel started crying. We bundled him in several layers of clothing, including a pair of my thick wool socks and my Polartec jacket, and nestled together deep into the sleeping bags. The crying stopped, and he was content.

He fell asleep, as did his mom. I lay there, listening to the night sounds. We had planned to hike to the top of the mountain at night to see the comet, but it was so comfortable in the sleeping bags, and so damned cold outside them. But, knowing this was my best chance, I mustered the strength. I woke my son’s mom to give her the chance to do likewise, but that wasn’t happening. She, and Nathaniel, were too content where they were.

So I pulled on my cold boots and crawled out of the tent. I let Travis off his leash and the two of us headed up the trail.

When we reached the summit, the world was spectacular. Dark ridges of forest stretched away in every direction, and the sky above was utterly cloudless and perfectly black but for its trillions of bright stars, so many stars, up high, without city lights, without smog. Just that sky, alone, would have been reason enough to clamber up that trail that night.

Hale-Bopp burned out there, a streak of star fire, huge and otherworldly, stark against that dark sky, a titan among the glittering pinpricks that were the stars. I stood there staring at it, the cold forgotten, my dog pacing and hunting night critters, for a long cosmic moment.