Fifteen or more years back, some friends and I were talking and the question arose, “If you could write and direct a movie about any Marvel Comics character, who would it be?”

I didn’t even think about it. “The Black Widow.”

It wasn’t an answer I’d have predicted. I wasn’t an enormous Black Widow fan, and hadn’t really given her much consideration in any way when I wasn’t reading about her or admiring some George Perez portraiture. But when the question appeared, my mind was on the case, and the sultry sexiness, mystery, and espionage background of the heroine offered up exactly the sort of cool superheroic options I was in the mood for.

And there’s just never enough hot femme fatales in catsuits on the screen.

Nathasha Romanov, aka the Black Widow, dates back to April 1964 (a month after I was born, making us contemporaries), in the midst of the Cold War. Stan Lee introduced her as an uncostumed Soviet agent plotting to steal Tony (Iron Man) Stark’s technology. She later recruited the archer Hawkeye and they fought the Avengers, before defecting and becoming Avengers themselves. 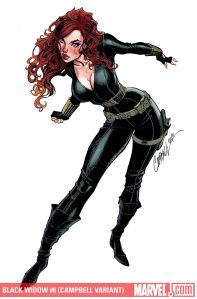 Other than being biologically enhanced to resist aging and heal quickly, the Widow has no superpowers. She is still one of the deadliest characters in the Marvel Universe, a world-class assassin and acrobat with a brilliant mind. 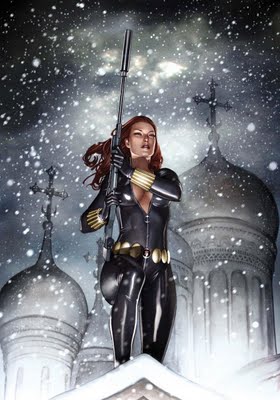 So I was thrilled when it was announced that the Black Widow would be coming to the silver screen in Iron Man 2. The following news that Scarlett Johansson would play her seemed, possibly, less than ideal (though I’m a big fan). But after the first Iron Man, I trusted Jon Favreau’s instincts, and once the images of her in the suit were released, all doubts vanished. 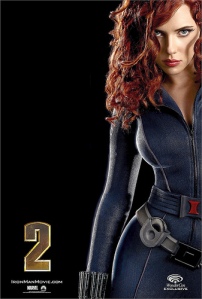 I loved Iron Man, in spite of its weak climax. It was a great character piece, very smart, with lots of wit, and the visuals were incredible.

Iron Man 2 proved both better and worse than its predecessor. It was somewhat less engaging as a character piece, mainly through the fact they allowed Tony Stark to become such a prick that he nearly lost our sympathy (which actually was a pretty bold choice on Favreau’s part). But as an action movie it was a lot better. Whiplash’s attack on Stark at the Monaco Grand Prix was spectacular, and the action-packed final battle far exceeded the finale of the first.

And yeah, the visuals were even more incredible. 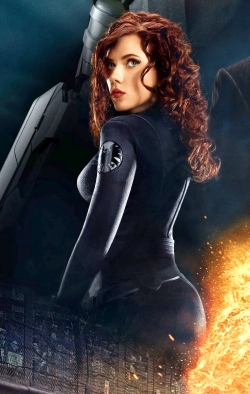 There wasn’t a lot of the Widow, but what there was rocked. Johansson brought the proper smart sexiness, filled out the costume wonderfully, and was graceful and convincing in her one action sequence, a sequence that captured the style of an acrobatic comic book fighter possibly better than anyone has to date. 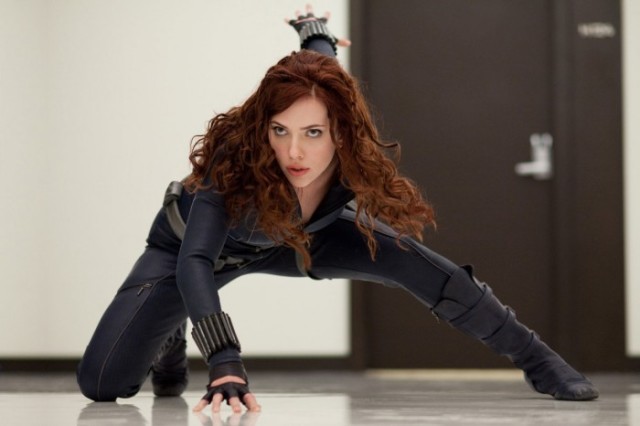 Fortunately, there’s more on the way. Johansson is returning as the Black Widow in Joss Whedon’s Avengers, and there’s talk of giving her her own film. 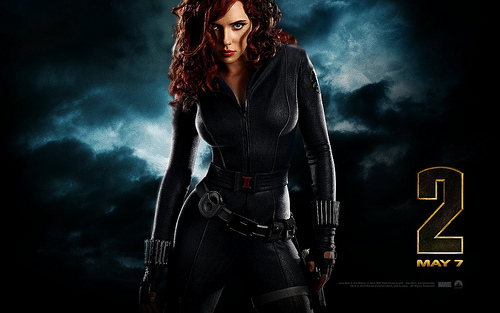